Who should read this book: YA fans, Fantasy fans, Female heroine fans (but not really) 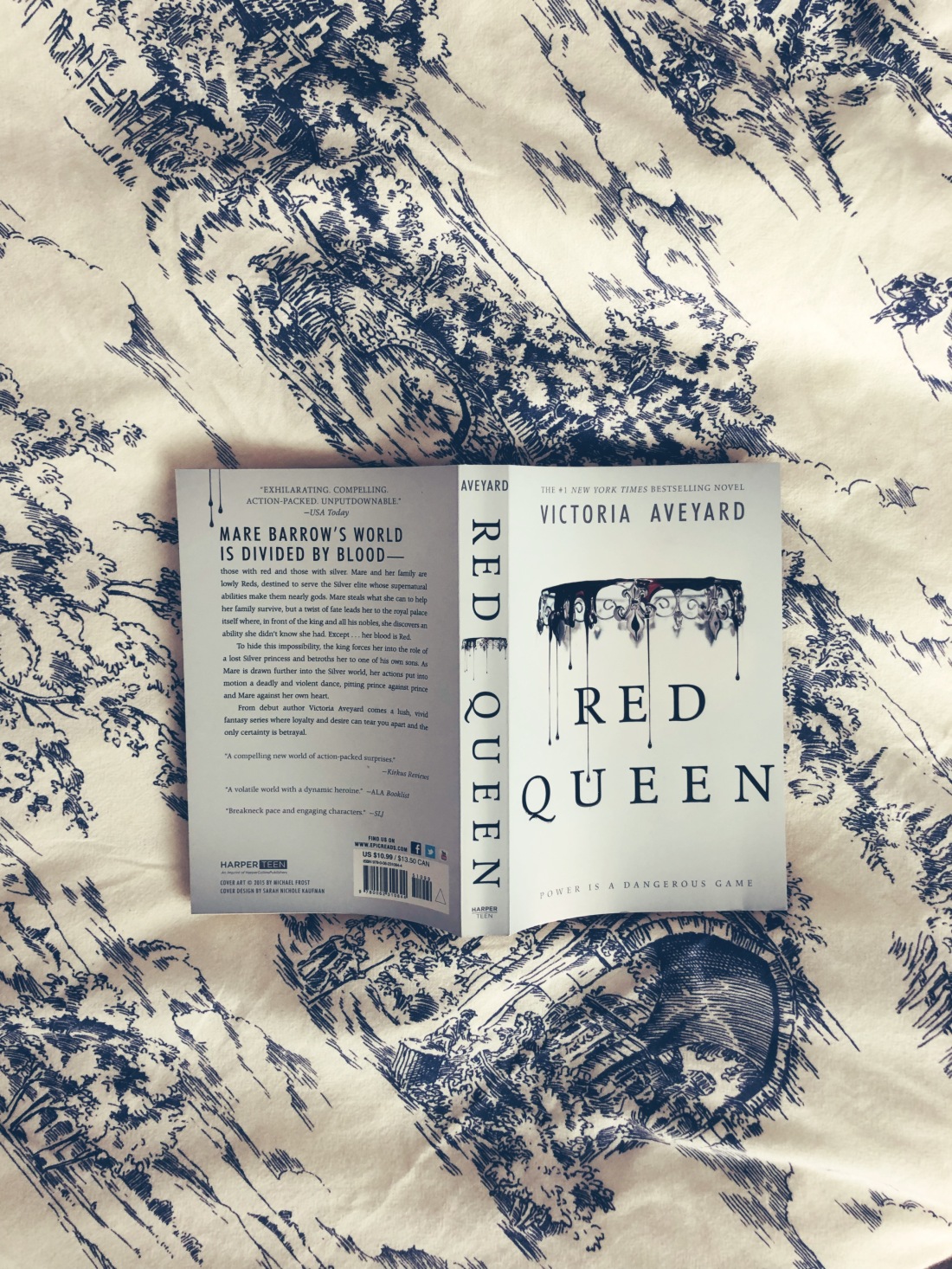 I think Victoria Aveyard was going for the particularly popular Hero Archetype of the bad ass woman hero. Like Katniss Everdeen or Beatrice Prior. But she forgot to remove the simpering love struck part and add in some brains.

Mare Barrow is a completely unremarkable peasant girl. She meets a handsome stranger one night and is really mean to him. But for some reason he decides he likes her and gets her a job. Suddenly she’s thrust into the palace and accidentally displays she has super natural powers. The royals decide to hide the fact that a red blooded peasant has super powers like a silver blooded elite by saying she’s a long lost silver noble. They force her to become engaged to prince Maven and pretend she’s silver.

Katniss Everdeen had some freaking skills when she got sent to the Hunger Games, and she had some depth, so you were cheering for her the whole time. Mare Barrow doesn’t have any of that. It’s like she’s this stupid girl riding a roller coaster taking her toward her destiny and she puts up no fight because she can’t figure out what’s actually happening.

I think Aveyard was trying to build the character but the dialogue isn’t very good at portraying the emotions I think she was going for. Mare Barrow just comes off as bitchy and unlikable. 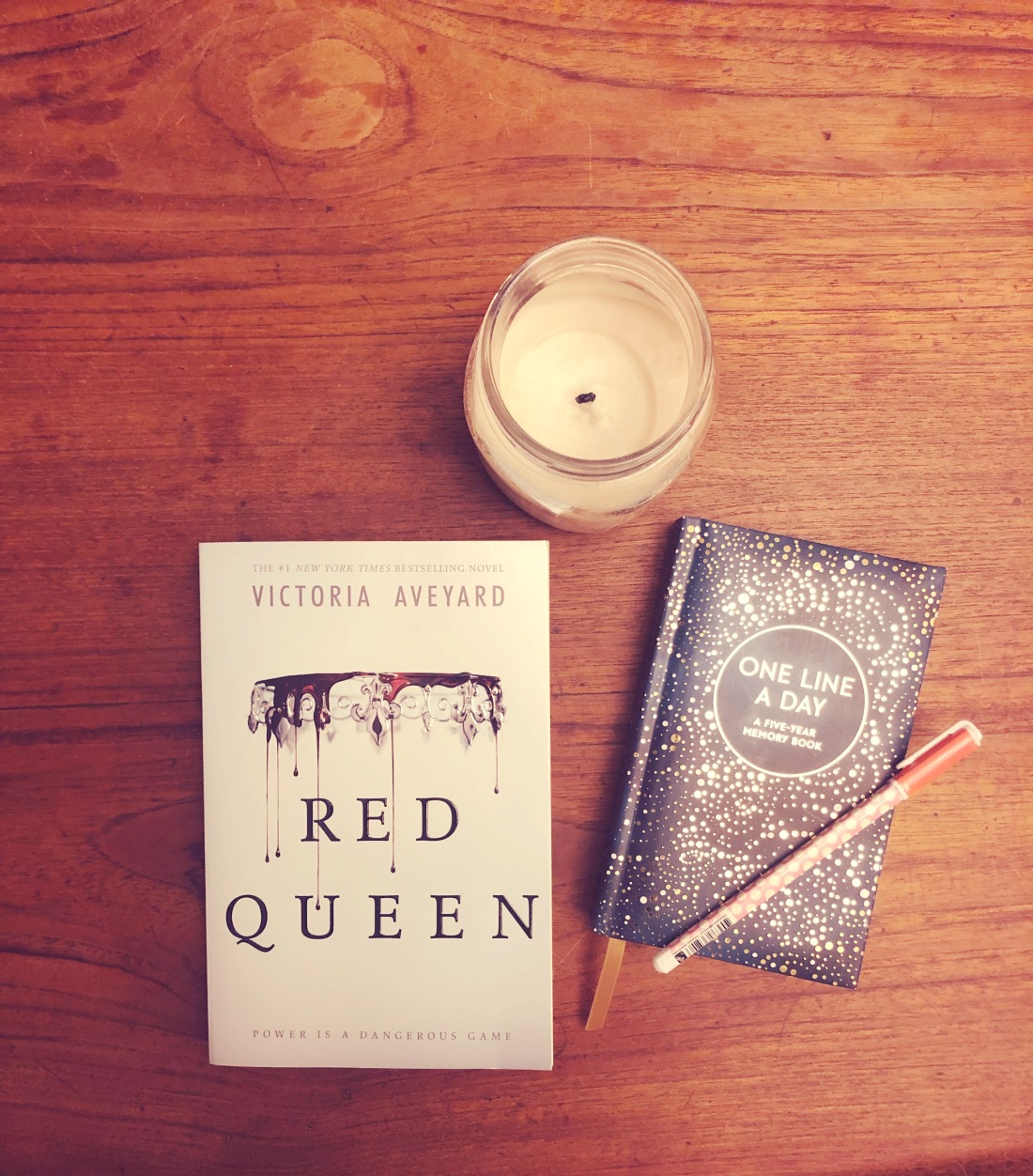 The whole storyline is predictable and cliche.

-girl has male best friend that is secretly in love with her.

-girl meets handsome stranger that’s actually a prince and shocker he falls in love with her too.

-girl has power she didn’t know she had and shocks even her self with her new found strength.

-girl naively falls into a trap where she is used by a boy because he pretends to like her.

-girl is in a seemingly hopeless situation with another boy she really loved all along.

-girl rescues him and herself from desperate situation by finding a strength within she didn’t know she had.

-girl and boy escape together to live happily ever after.

Aveyard created an interesting setting. I was pretty intrigued by the idea of the silver and red blood dichotomy. But she didn’t spend enough time developing her characters before thrusting them into this crazy story. I didn’t get a chance to know Mare before all this stuff happened. The only opinion I had of her was that she was sassy but oblivious. There was no depth to her. When it comes out that Prince Cal is in love with her, I was like why? She’s dumb, she has no idea what’s going on and she’s simpering over Prince Maven who is obviously using her.

Everything was very predictable. I predicted the ending long before it happened. The last 100 pages of the book had absolutely no surprises for me. Aveyard had followed your typical female underdog storyline to the T so far, so how could the ending not be as I expected?

This is definitely an attempt to fit into the genre of bad ass female underdog heroes. But I personally think it’s a fail. I finished the book in two days because the story wasn’t bad but character development and originality was missing.