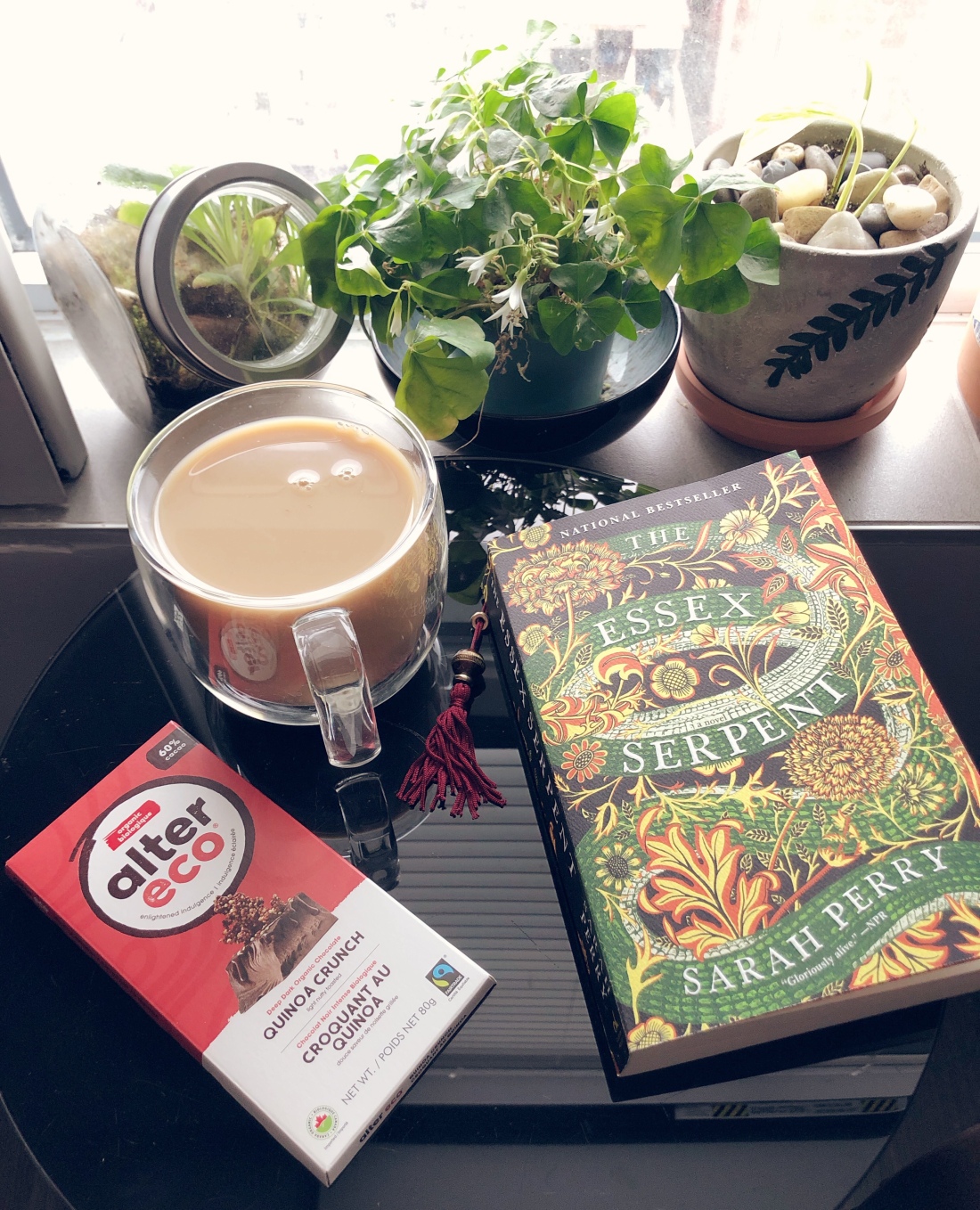 I really liked this book. It is set in Victorian England, but Perry writes like she lived in that time. It almost reads like a a classic instead of a contemporary fiction. The writing is beautiful, descriptive and from what I could tell, very historically accurate. You are transported to Victorian England and you experience deeply the lives of the tangled characters in this book.

Cora is recently widowed and has a rather eccentric son. But she is a little eccentric as well. She protests in her behaviour against the traditional role women were given in that time. She wears mens clothing and engages in male centred activities like archaeology and other sciences. She comes out of a shell when her husband dies, it’s like she feels free for the first time in her life. She takes this freedom and leaves London for the Essex countryside, where she learns about the myth of the Essex Serpent, which has apparently resurfaced and is tormenting the villagers.

The characters are all introduced via a connection with another character, everyone is intertwined and their friendships and romances are well developed. By the end of the book I knew the main character Cora so well that I knew exactly how the story was going to end.

This kind of deep character development, the many layered connections, is hard to pull off without having your reader get a little bored. Sarah Perry did pretty well in my opinion, just a little slow. It took me getting through the first third of the book before anything interesting really happened. So the first third of the book is a lot of new characters and their development. She makes up for it because all the characters are extremely interesting. Her son in particular is quite odd but in a way that a child can be. Her husband’s doctor, is the first doctor to perform surgery on a heart and the surgery is described in detail which I found fascinating. Cora’s nanny for her son, is completely in love with Cora and refuses the advances of every man. The heart surgery patient even plays a key role in the plot development.

The intertwining lives of the characters and the drama of it all is the main focus of the story. But there isn’t too much drama. The mystery of the Essex Serpent is actually a sub plot but that mystery gives the characters something to focus on and distract themselves from the drama of life. As well it gives the reader something unknown. The characters are so well developed that you the reader become their friend as well, you are part of the drama, so this pesky flying snake is a nice distraction for you too.

Overall, a well written, though slow starting, beautiful book. If you can make it to the halfway point, you will get caught up and need to finish it.

2 thoughts on “This book is not about a snake…”