Book: I Hope You Get This Message

Who should read this book: young adults, teens, LGBQT community 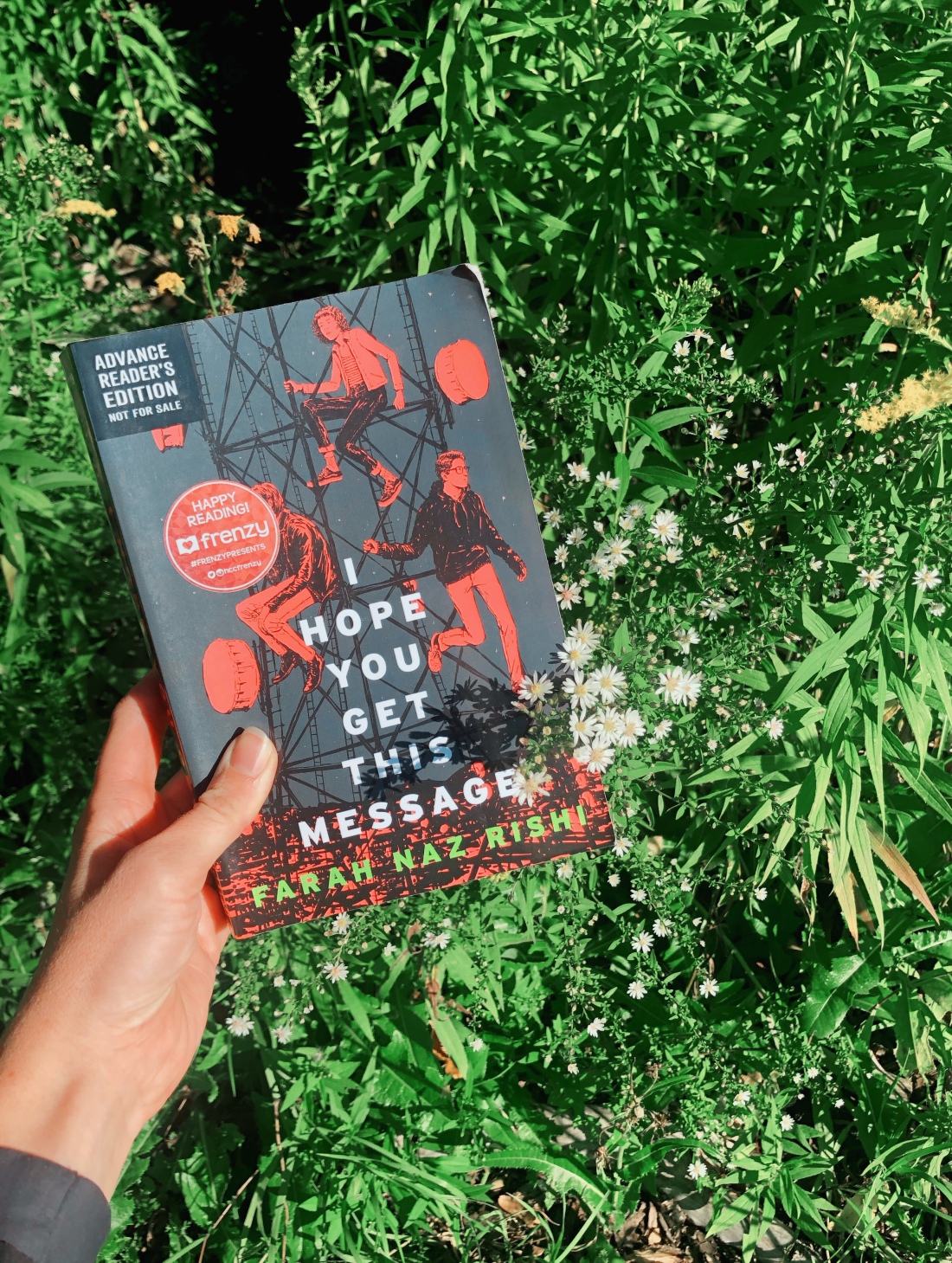 First of all, thank you to Harper Collins CA and HCCFrenzy for this book. This one releases October 22nd.

I Hope You Get This Message is a commentary on the way of the world, it’s a lesson to our younger generations about the current state of the environment. It’s not too heavy though and well written, so easy to follow. In fact the story focuses more on the characters and how they and the world around them react to finding out an alien civilization is planning to destroy all human life in 8 days.

Almaens are an alien civilization much older than humans, they found Earth and put humans on it to test it. To see if it could support their advanced civilization. They leave the humans there and return in time for the close of their experiment to see that the humans have destroyed the planet. The Almaens apparently have a termination procedure already in place on Earth, they will unleash a deadly gas that will kill all life and they can start again or leave. Each section of the book is a day of deliberations. According to Almean law they must deliberate for 8 days before deciding to leave Humans alone to self destruct, step in and save the planet and the humans, or save the planet but not the humans. The humans catch and translate a message saying the deliberations have begun and in 8 days time the aliens will destroy us or save us.

So basically all hell breaks loose on Earth when everyone thinks they have 8 days to live or 8 days to hide. There are 3 main teenage characters. Jesse, a young gay man, with serious money troubles. Akeem, a young man whose sister came out 2 years before and ran away. And Cate, a young girl who has ever met her father and cares for her schizophrenic mother. As the world ends, Cate’s mother is taken to a mental hospital and tells her to go find her father. Akeem tells his parents he’s leaving to find his sister. And Jesse takes advantage of people’s despair and comes up with a quick money making scheme. Eventually the three teens converge together and help each other.

Writing 2/2 points: I usually struggle with YA novels because the characters are too whiney or the females are “absolutely independant and don’t need a man” but then rely heavily on men. But the characters in this book were so real. They all had real problems and real life struggles and I instantly felt for all of them. The dialogue was also incredible. I could really get in the head of these characters and hear them struggle.

Plot 2/2 points: I really liked the story line for this one. It’s honestly not too far fetched that we are an alien experiment. Or that we have completely destroyed this planet, that’s true. So I enjoyed the basis of the story. 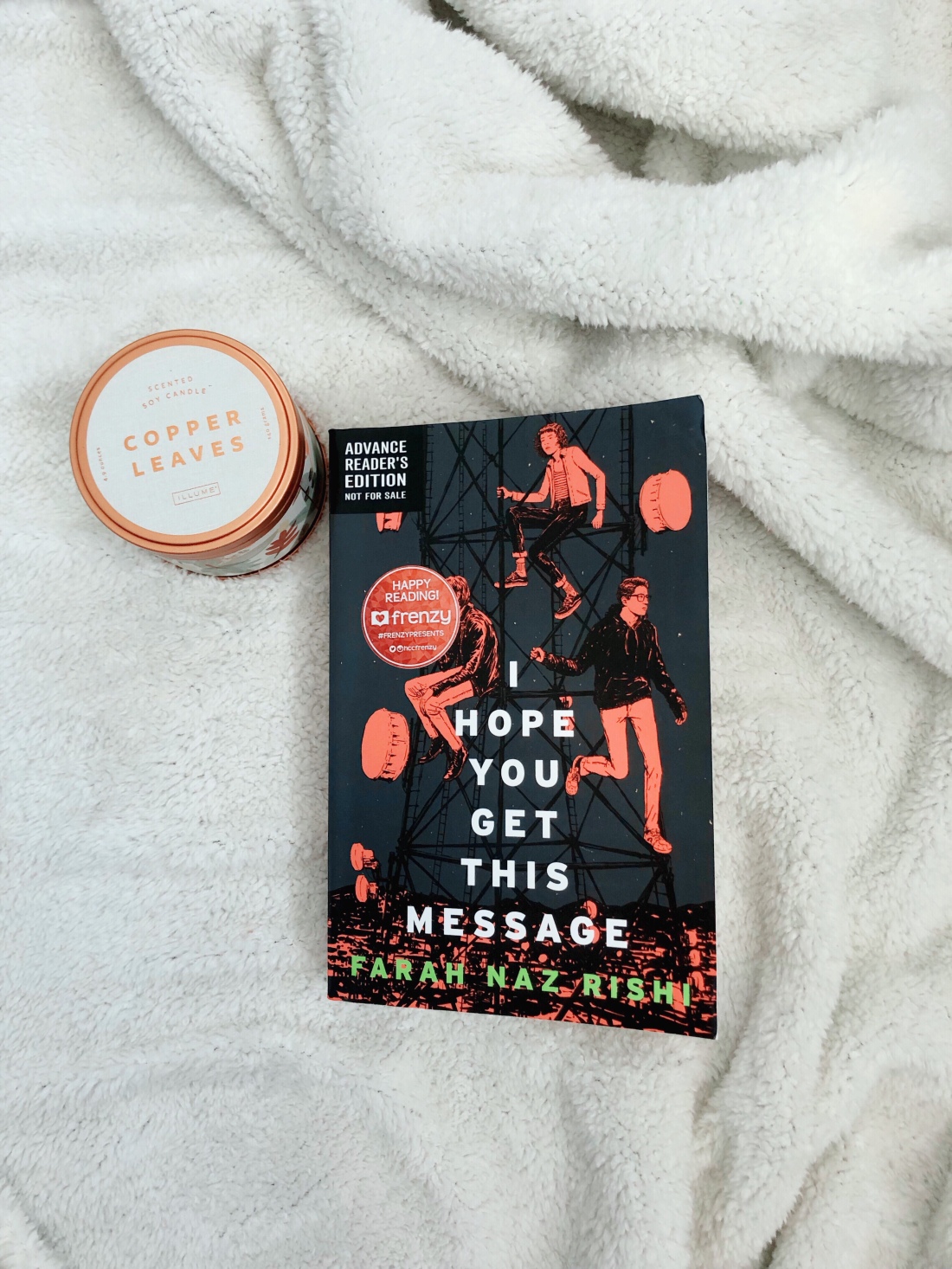 Hook 1/2 points: The book starts with a discussion occuring with the aliens, the beginning of deliberations, which was cool. But then jumped right into the story of the teens. I felt like I didn’t understand fully what the aliens were doing until about 1/2 way through the book. That may have been the intention but I would have been more hooked in if I knew that from the beginning.

Twist 1/2: Most of ths book was unpredictable but I did figure out a few things before I was meant to. There was one little shock but there was supposed to be 2. The twist was still very good, but 1 less point for predictability.

Feel 2/2 points: I really enjoyed this book overall. I was invested in the characters, I was rooting for them all to find themselves before the world ended. I rushed through the last 50 pages to find out what would happened and I was left with a cliff hanger. But even that I liked!

Overall I highly recommend this book to teens or parents of teens. Or anyone that likes a good impending alien invasion/destruction of Earth story.