Who should read this book: lovers of WW2 historical fiction, lovers of a female underdog

Guys I know that I give 5 stars to a lot of historical fictions but it’s my favourite genre! This book will forever be one of favourites. It’s spectacular. The writing is incredible, the plot is captivating, the feel is an emotional roller coaster that I loved. The twist was completely perfect, and historical accuracy was bang on. So I’m going to show my ratings for each of my normal categories and then I’m just going to gush about this book. 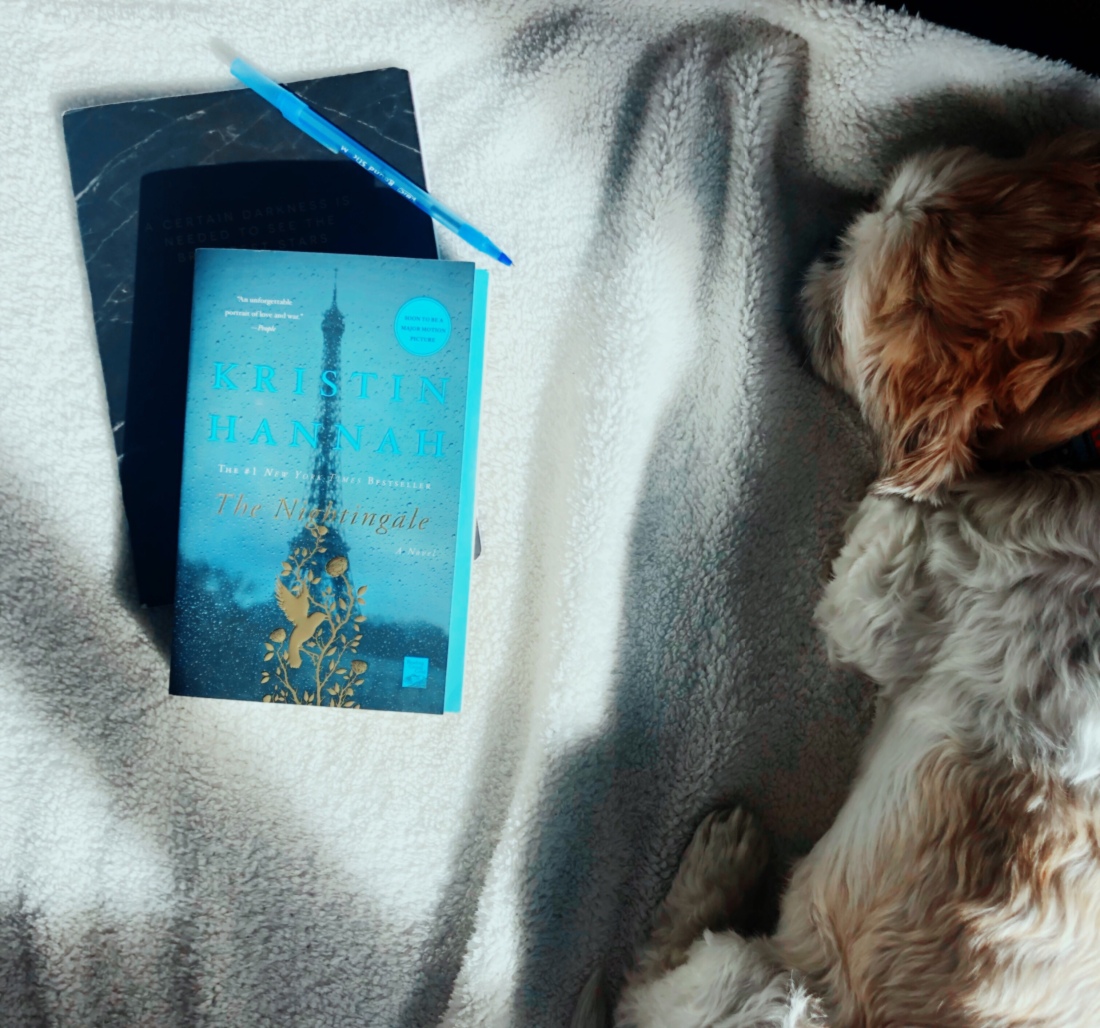 The Nightingale is about 2 sisters, Isabelle and Vianne, they live in different towns in France and before WW2 starts, they rarely see each other. Vianne is a teacher and mother, she is married to Antoine, they live in a house called le Jardin in a small town. She loves her daughter Sophie, her husband, and her job and she loves her country. Isabelle is younger and rebellious. After their mother died, their father struggled so much with his grief that he just wanted both daughters out of the house. Isabelle was sent to many boarding schools but she is repeatedly expelled for bad behaviour.

As the war begins in France, and the Germans occupy and take over their country, the sisters find themselves fighting a very different war. Vianne’s husband is called to be a soldier and she is left alone to take care of her daughter, while a German soldier comes to billet in her house. She must fight to survive and not anger the Germans in her town, even when her best friend is targeted because of her religion. She begins to starve as rations become scarce and must accept the help of the German living with her to stay alive.

Isabelle stays with Vianne briefly but she cannot hold her tongue around the Germans, she realizes she is putting her sister and her niece in danger so she heads to Paris to live with her father, where she promptly joins the resistance. Isabelle becomes a courier, taking messages for the resistance to different members. This is very dangerous work right under the nose of the Germans. But it takes them many years to realize that the women of France are fighting too. If Isabelle is caught collaborating, she will be sent to a prisoner camp, but she feels the need to fight for her country so she does it anyways. As the years progress, she is given more dangerous work, including smuggling downed British and American pilots out of France so they can get back into a plane and keep fighting.

Both women spend the next 4 years struggling through the war and rebelling in their own ways. Their main focus is survival but the main focus of this book is the women’s war. There are so many female heroines in this book, it’s very empowering and emotional.

The book was extremely well written. We start in 1995 hearing about an old woman dealing with cancer and hiding WW2 secrets from her children. She is likely one of the sisters, but we don’t know much of their stories yet so you can’t tell. As the story of Vianne and Isabelle during WW2 is told, we occasionally jump back to 1995 and get a few more clues as to who this old woman may be. The book ends with this old woman attending a type of war memorial service and we find out who she is. I spent the last 100 pages of this book crying. It’s one of the most beautiful books I have ever read and I cannot recommend it enough. If you have read anything else by Kristin Hannah please tell me what book you loved, because I want to read more by her.