Book: Queen of the Conquered

Who should read this book: Fans of dark fantasy

Thank you to Hachette Book Group Canada for sending me this book in exchange for an honest review. This title released November 12th.

The Queen of the Conquered takes place on islands colonized by powerful outsiders and the islanders are enslaved. Sound familiar? This book is definitely a commentary on the slave trade. It’s all about the balance of power. Sigourney Rose is the last surviving daughter of a family of colonizers that was murdered. They were killed because the white man decided to marry one of the black slaves. Her mother gained power and that was not okay, so she was murdered along with her husband and three daughters, only Sigourney escaped and was raised by one of the servants. 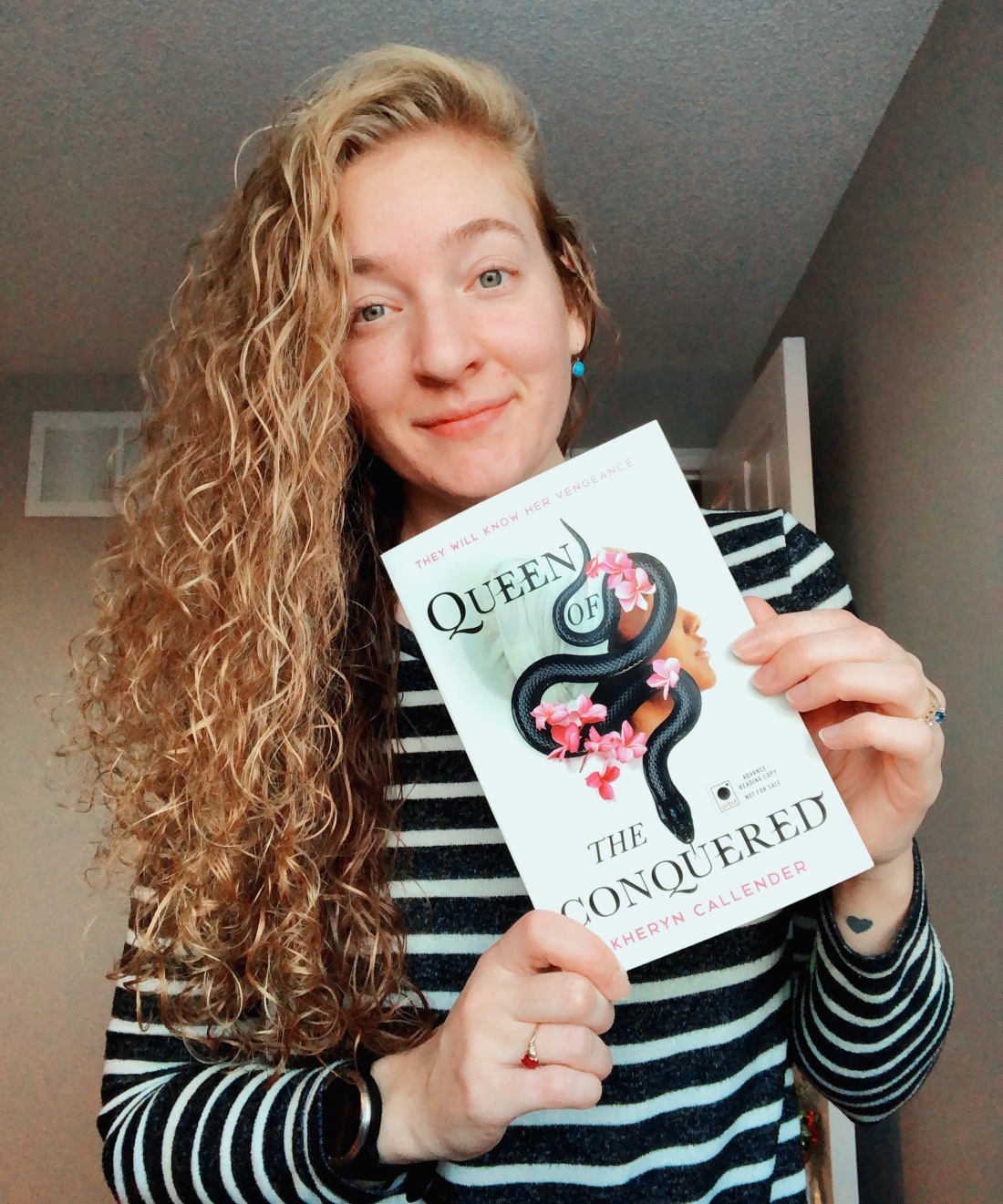 The colonizers also have craft, they each have different kinds of magic, and they use it to maintain control over the slaves. Sigourney escapes to her father’s cousin and he takes her in as his own child, despite the colour of her skin. She is raised to be one of the colonizers and she keeps her craft, the ability to enter someone’s mind and control them. If any islander is found to have craft, they are killed. Sigourney knows of what happened to her family and she wants revenge. And this is where the story gets weird.

Hook 2/2: The story starts out interestingly, giving you all the info I just gave you. Sounds like a great revenge story right, this poor girl is going to kick some colonizer ass with her magic! I was in for the first 100 pages.

Plot 1/3: The plot goes downhill from the middle and never picked back up for me. The way Sigourney decides she will get her revenge was weird, and there were multiple characters in the book trying to tell her that. But she ignored them all and kept doing things her way. Normally I would have liked that but I also thought what she was doing wasn’t going to be effective.

Writing 2/3: Overall the writing was good. The details were there, the islands sounded beautiful etc. But the characters lacked depth. I couldn’t get any sense of them. Especially Sigourney, everyone in the book hates her, like hates her. But she was never presented with any redeeming qualities so I could see why. I didn’t like her either and that made it hard for me to read the book.

Feel 1/2: I wanted to like this book, and maybe the next book in the series will be better. But I only finished it because I had to. The thing I liked most about the book was the undertone commentary on slavery.

Overall this book was not for me, but I can see why some people would really like it. It’s very dark, lots of magic, and a tale of revenge. Although it’s not how I would have done it, maybe you’d like this one.